Dalia Martinez and Jason Sakach, owners of the Snail of Approval restaurant the Snail of Approval restaurant The Naked Pig, have long been movers and shakers in the local food world. The Santa Rosa couple started with pop-up dinners where they also showed movies and played music with help from a DJ. Then, at the Santa Rosa Farmers Market they cooked and served breakfast and lunch under the banner, “Guerilla Foods.”

At about the same time, I met them at an event in Sebastopol where they were the caterers. The food they prepared was plentiful and beautiful.

Then, in 2013, Martinez and Sakach took a culinary leap forward and opened The Naked Pig at 435 Santa Rosa Avenue in a tiny space that had been the ticket office for Greyhound.

No wonder, Martinez described it to me as “a little shack of a place.”

Indeed, on my first visit, I saw that the kitchen was so small there was barely enough room for two people to turn around at the same time. Still, the size didn’t prevent The Pig from attracting loyal fans and receiving a Snail of Approval from Slow Food in Sonoma County. Indeed, it met the Slow Food criteria of good, clean and fair: food that is delicious and healthy, grown sustainably with fair wages for workers in the food chain.

Jose Ariaza, the sous-chef, cooking in the tiny kitchen at The Naked Pig. When he’s not making food at work, he cooks for his own family.

The dining room at The Naked Pig is slightly bigger than the kitchen, but still tiny by comparison with the three dining areas at Dierk’s Parkside Cafe across the street where breakfast and lunch is served.

Customers could sit indoors or outdoors at The Naked Pig, and, while outdoors worked well in good weather, it didn’t work well in bad weather. Even Naked Pig regulars didn’t want to sit outside and brave the cold and the rain.

I know. I was a regular. I always sought an inside seat and asked for hot coffee and a biscuit to warm body and soul.

The pint-sized restaurant made up for what it lacked in space by serving uncommonly good food made from ingredients sourced locally from farmers and ranchers dedicated to growing organic produce and raising organic chickens and pigs.

With a name like The Naked Pig, there had to be a reliable source of first-rate pork. For a pastured-raised product, The Pig relied on Devils Gulch in Marin County.

Seating was communal at The Pig, and service was professional. Sakach was often in the dining room, while Martinez was often behind the scenes in the kitchen, though her presence was felt almost everywhere from the presentation of the food to the fresh-cut flowers on the tables.

Jason Sakach has been the link between the Naked Pig kitchen and the dining room. The menu seems perfectly clear to regulars, not so to newcomers. Here, Sakach explains the basics to a customer.

In 2016, their culinary journey took them to 640 Fifth Street in Santa Rosa, where they opened Flower + Bone. The menu offered an array of dishes that originated in Eastern Europe and in Central and Southeast Asia. They have included a California version of Saag Paneer, the Indian classic made with spinach and cheese, and Nepalese-style dumplings known as “Momo.”

Now, Martinez and Sakach are once again on the move. This time, they’re going uptown to 544 Mendocino Avenue. There, The Naked Pig will be reborn, while the old Naked Pig closes its doors for good. While the new site is only eight-tenths of a mile from the old site and a third of a mile from Flower + Bone, it feels like a journey into another world.

Martinez and Sakach describe the old Pig as “1.0” and the new Pig as “2.0.” It might not be an actual quantum leap, but it has all the earmarks of a radical change.

For one thing, Martinez and Sakach own the building at 544. That’s a first and it’s big. With ownership, they both say comes the real possibility of running a sustainable business. Not surprisingly, Martinez and Sakach are stoked, though they were distraught that they were forced to leave the space they rented at 435 Santa Rosa Avenue.

Entrepreneur Eric Anderson scooped up 435, along with the adjacent property that was occupied for years by the seedy Astro Motel that now looks like an outpost of Beverly Hills or La Jolla.

Anderson’s partner, Liz Hinman, is the chef at The Spinster Sisters, an upscale restaurant just a block away from the Astro, and within walking distance of the newly reconfigured Old Courthouse Square at the heart of downtown Santa Rosa.

With a square to rival the plazas in Healdsburg and Sonoma, Santa Rosa might offer their tasting rooms and restaurants competition for tourist dollars.

Hinman and Anderson spent $10 million to renovate and remodel the Astro. Financially speaking, Martinez and Sakach aren’t in same league, nor is The Naked Pig, which might not look appetizing to elite guests at the Astro who pay $160 a night, and more, for a room.

For good reason, Sakach has been troubled about the gentrification of a neighborhood that he came to love.

On the cusp of the big move uptown, Martinez spoke of The Naked Pig, as “her baby.” Losing it, she added, would be “unacceptable.”

Fortunately, the property at 544 Mendocino came on the market at the right time and the right price. A modest bank loan, along with savings and the deal was done.

The space had long been occupied by El Capitan, a Mexican restaurant owned and operated for nearly one-quarter-of-a-century by Luis Castaneda. Fortunately, it has a bathroom, a kitchen and a dining room, though they’ll all be renovated

Large windows look out on Mendocino Avenue and the Unitarian Church across the street.

Before it was El Capitan, it was Evelyn Cheatham’s Tweets where one could eat some of the best downhome, Southern-inflected cooking anywhere in Sonoma County. (Cheatham went on to found WOW, Worth our Weight, our unique local non-profit that trains at-risk young adults to be food industry professionals and place them into jobs.)

El Capitan, the Mexican restaurant that sat for years at 544 Mendocino Avenue, was owned and operated by Luis Castaneda. Before El Capitan, it was Tweets, which served southern-style cooking that set the bar very high for good food.

At the new Pig, Martinez and Sakach will aim for the culinary skies, even as they mean to stay close to the ground in a neighborhood in which they feel very much at home. It’s in walking distance of the house where they live, and just a short bicycle ride away.

Martinez grew up not far from 544 Mendocino. As a girl, she did arts and crafts at the Church of the Incarnation at 550 Mendocino, her grandmother’s favorite house of worship near the end of her life.

Sakach was raised in half-a-dozen places all over Santa Rosa, though he remembers a specific house that burned down last fall in Coffey Park.

The new Naked Pig will have a larger kitchen than the kitchen at the old Naked Pig. The new dining area will also be larger than the indoor seating area at the old Naked Pig, though the total number of seats will be about the same. No one will have to sit outdoors. (There are plans to develop the space at the back of the restaurant.)

Sakach divides his time between The Naked Pig, Flower + Bone and the location for the new restaurant at 544 Mendocino Avenue. He stays in close contact with the craftsmen and carpenters on the job

The farm-to-table concept will carry over. Purveyors will still be local and ingredients will be fresh, local and seasonal.

The no tipping policy, which was adopted in 2017, will be in the new place. That means twenty-percent is added to each bill. No tipping, Sakach says, is the wave of the future.

Sous-chef Jose Ariaza, who has been cooking for years at the original Naked Pig, will take his culinary skills to the new Naked Pig. He’ll have a new stove from Bakers Pride that specializes in baking, cooking and pizza equipment.

When asked how he felt about the move, Ariaza smiled and said “Awesome.”

Like Martinez and Sakach, he has come a long way in a short time. He got his start as a cook at his father’s food truck in Windsor. Now, when he’s not cooking at The Naked Pig, he’s cooking at home for his family. Martinez calls him “my rock.”

She and Sakach are now remodeling El Capitan with help from craftsmen, some of them family friends. The walls, which have been covered with colorful murals that depict Mexican scenes and themes, will be repainted.

In a Mexican restaurant, the murals made sense, but not in a farm to table restaurant like The Naked Pig that emphasizes the local. Martinez and Sakach have taken photos of the wall to preserve the historical record.

Sakach is building new tables; a potter is making new ceramic fixtures, and there will be refurbished chairs from an old bar in San Francisco.

Then, too, the big, bold Naked Pig sign will be redesigned, repainted and installed anew.

Sakach says that the new space will have “an industrial look and an antique feeling.”

I’m curious to see the new improved Naked Pig. I’m also eager to taste the food at 544 Mendocino. Will it be the same? Or will it taste different? The new location might alter the sensory experience. Wouldn’t that be lovely!

Paul Swenson, who lives in Santa Rosa and who travels far and wide for his work, has long been a big fan of The Naked Pig. As a producer of food-TV programs, he looks at the restaurant with a critical eye.

“Their intentionality rivals the best in the business,” Swenson told me. He added, “And I’ve eaten in restaurants with Michelin stars.” He wasn’t boasting; just stating the facts.

The new, expanded Pig probably won’t receive a Michelin star. Still, for many Santa Rosa residents and Slow Food members, it will continue to be a Snail of Approval star in the culinary sky.

Sakach says that 544 will be his and Martinez’s “final destination.” But that remains to be seen.

Have the changes in their lives and their work taught them anything?

“We learned to deal with stress in a healthy way,” Martinez told me. “The key was not to be desperate and not to be afraid to express what we wanted.”

My first waffle at the old Naked Pig was also my last waffle there. I had to try it before the big move from 435 Santa Rosa Avenue to 544 Mendocino.

Jonah Raskin is the author of Field Days: A Year of Farming, Eating and Drinking Wine in California. He is also a member of Slow Food Russian River and has covered the Snail of Approval program of Slow Food in Sonoma County for the Bohemian.

There are no upcoming events at this time.

Final stop. Of course it's time to start working

Next stop, @joematoscheese, they make a Farmstead 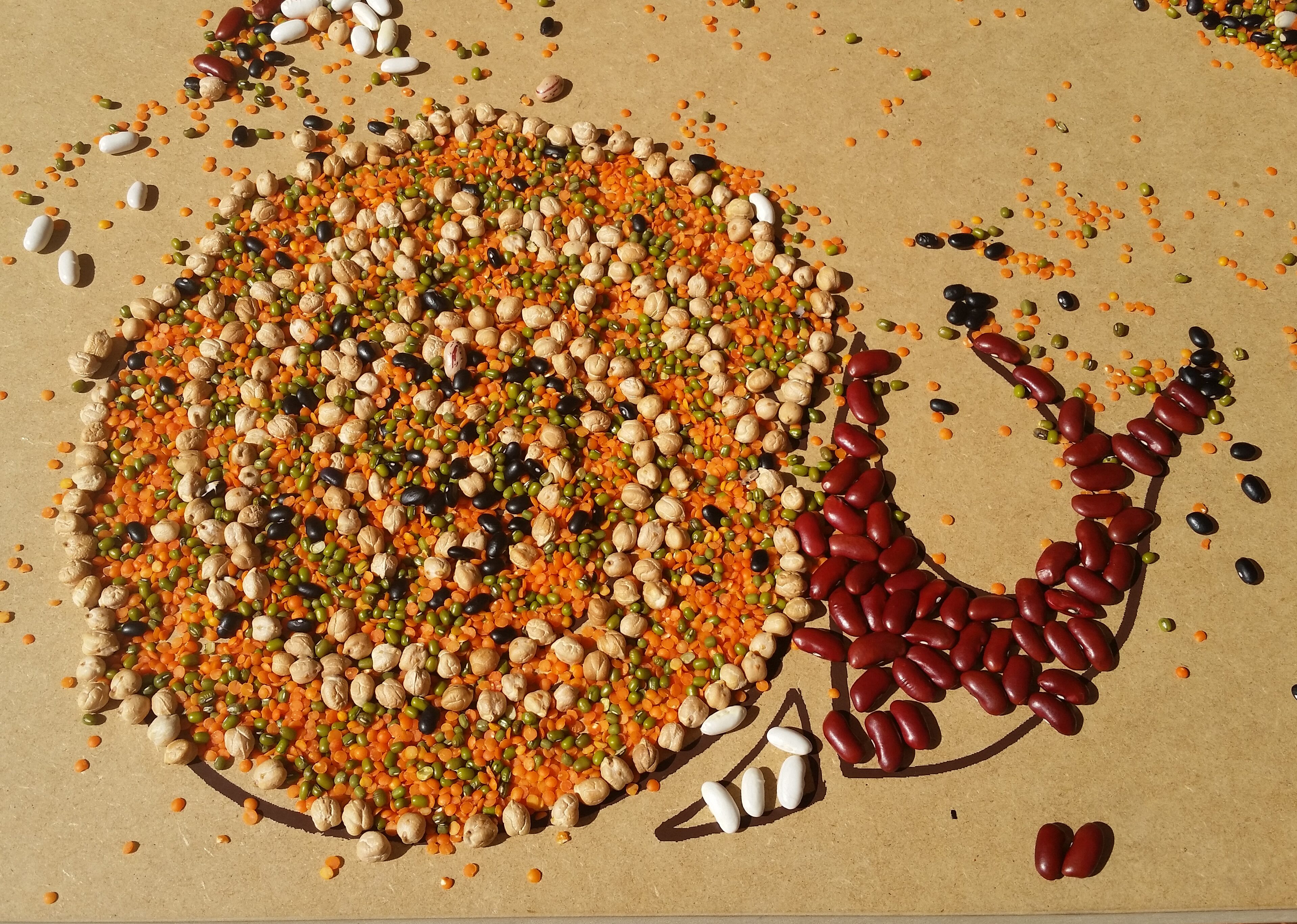 DaVero Farms & Winery is our Snail of Approval-Slow Food in Sonoma County featured artisan producer for the month of April. If you need some great gift ideas for Mother's Day, check them out. Items can be shipped or picked up at the winery. "Each item from our gift store comes hand wrapped and includes artisanal products from our farm that you won't find anywhere else. Items are limited, so don't wait to get Mom a special something!"#shoplocal #snailofapprovalsonomacounty ... See MoreSee Less

Order Summary Ship to... Bill to... Please check the Ship-to address carefully! Our carrier bills us $20 for address correction; if they do we will charge it to your credit card. Order details... Feat...
View on Facebook
· Share