Presidium (plural presidia): A protective fortress. A garrison, as in the San Francisco Presidio. From the Latin presidiare, to guard.

The Bodega Red has been a project of Slow Food Sonoma County North since 2006. Through Slow Food’s efforts, a small supply of certified Bodega Red seed potatoes became available in 2013. Since then, Slow Food has placed over 13,500 pounds of seed in the hands of local farmers and gardeners.

In the 1840s this Chilean potato jumped ship on the Sonoma County coast and found a home in the farms around Bodega and Tomales Bay. The prosperous crop provided sustenance for Gold Rush miners, inspired squatter wars and made this farming area the potato capital of California. Luther Burbank used the potato as parent material. Named the Bodega Red, the potato became functionally extinct from neglect. Rediscovered in the early 2000s by Slow Food Sonoma County North, the Bodega Red is the focus of a recovery project to re-introduce this heirloom potato to the North Bay food culture:  farmers, chefs, gardeners and consumers.

Harvest – June for new potatoes; into September for mature spuds

Need help or have questions?  Contact Ken, our seed supplier, at kjochimsen@zuckermanfarms.com

Instructions are based on Nathan Boone’s Secrets of Potato Culture Slow Food workshop. 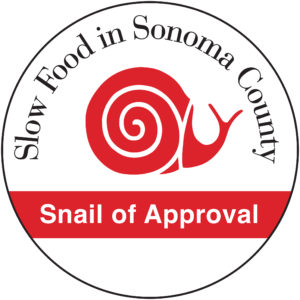 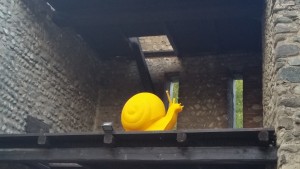